Are we few and small?

The truth is that this blog is a bit left alone, the main reasons are that there is no time but most of all I am not feeling in writing. I wrote so many things the last few months that I ended up actually hate writing... And here I am chattering...

A few nights before I was with a friend of mine that I hadn't seen for quite some time. While catching up the past year and so of news and going around to bars we had some quite interesting talks. The one that stuck in my head started as a conversation about the quality of the source of information and how that affects the quality of the Greek internet. My friend at a certain point ended up saying that although Greek internet is mostly full of crap there are actually people that seek quallity in their sources before they write something, also people who care on make things different by writting truths exist. Now here come the really interesting part of all this. She said that those people feel to be a minority and feel 'small' but the reality is that those people are actualy neither few nor small. The base for that conclution was that in Greek reallity most of the people who have access on the internet, and we were not talking about having a Facebook acount but actually read blogs, read news etc. and writting about all that are usually better educated and seek more stuff than 2 M friends on some social network. That stands on it's own under my opinion but it is my opinion (and my friends) and pay attention to the word usually.

Now thinking about all that got me in the loop of remembering conversations I had from time to time with people around the openSUSE community and generally FOSS people and the frustration I got from those people because they thought the same thing. We are few and small many of those people said to me when there was an idea of organizing something or make something relevant. When I first started mixing with the community and I was inexperienced I must admit that my original thought was that all those were excuses people were saying to me in order to avoid working. After a while I felt the same thing and I understood that those were not excuses but a reality all of those people were living and me because of my excitement was refusing to see. Thank to people that were more experienced than and because those people had the patience to mentor me even when I though I knew everything, I realized that this was a reality. If I ever critisiced you like that I now deeply apologise about this. I know that all of the above still don't make much of a sense and some of you might still wondering what I am trying to say through all that. A fact that goes me to the resume of that conversation I had with my friend.

The resume of that conversation was that people who have a purpose that is not something mainstream usually feel that they are few and small but if you search thoroughly into the internet you will find out that they are more than you think so. All people have to do is search for other people that have common routes or have routes that intersect and move from few to many and from small to big. Widening the way we look ourselves and thinking more out of the box can make the change, you see if you want to change something in the world and make it better requires to often look inside ourselves and changing things to us.
Αναρτήθηκε από Unknown στις 8:27 PM 3 comments: 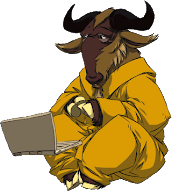